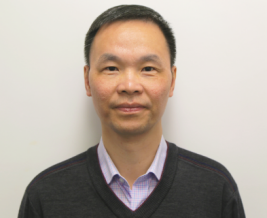 Biography: Prof. Huiyu Zhou received a Bachelor of Engineering degree in Radio Technology from Huazhong University of Science and Technology of China, and a Master of Science degree in Biomedical Engineering from University of Dundee of United Kingdom, respectively. He was awarded a Doctor of Philosophy degree in Computer Vision from Heriot-Watt University, Edinburgh, United Kingdom. Prof. Zhou currently is a Full Professor at School of Computing and Mathematical Sciences, University of Leicester, United Kingdom. He has published over 400 peer-reviewed papers in the field. He was the recipient of "CVIU 2012 Most Cited Paper Award", “MIUA 2020 Best Paper Award”, “ICPRAM 2016 Best Paper Award” and was nominated for “ICPRAM 2017 Best Student Paper Award” and "MBEC 2006 Nightingale Prize". Dr. Zhou serves as the Editor-in-Chief of Recent Advances in Electrical & Electronic Engineering and Associate Editor of IEEE Transaction on Human-Machine Systems, IEEE Journal of Biomedical and Health Informatics, Pattern Recognition, PeerJ Computer Science, Security and Safety, Scientific Reports, Machine Intelligence Research, International Journal of Image and Graphics and IEEE Access, and Area Chair of IJCAI, ICRA and BMVC. He is one of the Technical Committee of IEEE Cognitive and Development Systems, Information Assurance & Intelligent Multimedia-Mobile Communication in IEEE SMC Society, Robotics Task Force and Biometrics Task Force of the Intelligent Systems Applications Technical Committee, IEEE Computational Intelligence Society. He has given over 100 invited talks at international conferences, industry and universities, and has served as a chair for 70 international conferences and workshops. His research work has been or is being supported by UK EPSRC, AHRC, ESRC, STFC, MRC, EU, Royal Society, Leverhulme Trust, Puffin Trust, Alzheimer’s Research UK, Invest NI and industry.

Abstract: There are many questions to answer in image interpretation and understanding. Uncertainty in image analysis needs strong and powerful modelling tools to describe the objects in the images. Artificial intelligence (AI) plays a very important role in the design of a robust tool for image representation. Using some examples from his own research work on uncertainty analysis, he will explore how AI can stimulate new concepts or development of dealing with complicated problems and lead to novel adventures through these applications. 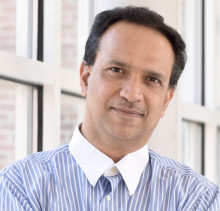 University of Maryland at College Park

Biography: Dinesh Manocha is a Distinguished University Professor of the University of Maryland, where he is the Paul Chrisman Iribe Professor of Computer Science and Professor of Electrical and Computer Engineering. He is also the Phi Delta Theta/Matthew Mason Distinguished Professor Emeritus of Computer Science at the University of North Carolina at Chapel Hill. Manocha’s research focuses on AI and robotics, computer graphics, augmented/virtual reality, and  scientific computing. He co-leads a major research group UMD GAMMA with more than 35 members on geometric and simulation algorithms with applications to computer graphics, robotics and virtual environments. His group has won 17 best paper awards at leading conferences and  developed a number of software technologies that are licensed to more than 60 commercial vendors. A  Fellow of AAAI, AAAS, ACM, IEEE and Sloan Foundation,  Manocha is a member of ACM SIGGRAPH Academy Class, and Bézier Award recipient from Solid Modeling Association. He received the Distinguished Alumni Award from IIT Delhi and the Distinguished Career in Computer Science Award from Washington Academy of Sciences. He was also the co-founder of Impulsonic, a developer of physics-based audio simulation technologies, which was acquired by Valve Inc in November 2016.

Speech Title: Designing Digital Humans that Look, Move, Express, and Feel Like Us!

Abstract: The creation of intelligent virtual agents (IVAs)or digital humans is vital for many virtual and augmented reality systems. As the world increasingly uses digital and virtual platforms for every day communication and interactions, there is a heightened need to create human-like virtual avatars and agents endowed with social and emotional intelligence. Interactions between humans and virtual agents are being used in different areas including, VR, games and story-telling, computer-aided design, social robotics, and healthcare. Designing and building intelligent agents that can communicate and connect with people is necessary but not sufficient. Researchers must also consider how these IVAs will inspire trust and desire among humans. Knowing the perceived affective states and social-psychological constructs (such as behavior, emotions, psychology, motivations, and beliefs) of humans in such scenarios allows the agents to make more informed decisions and navigate and interact in a socially intelligent manner.

In this talk, I will give an overview of our recent work on simulating intelligent, interactive, and immersive human-like agents who can also learn, understand and be sentient to the world around the musing a combination of emotive gestures, gaits, clothing, and expressions.  Designing and building intelligent agents that can communicate and connect with people is necessary but not sufficient. Our works build on recent developments in computer graphics, vision, physics-based simulation along with research in social-psychology (such as behavior, emotions, psychology, motivations, and beliefs). I will demonstrate their applications to AR/VR, games, virtual try-on, and robotics.